The overprotective (helicopter) parent really just wants to protect their children, however this often develops from an anxiety or fear from within the parents themselves. Overprotective parenting protects parents and actually damages children in the long term.

What is Overprotective parenting?

Overprotective parenting is sometimes called helicopter parenting (where you simply ‘hover’ over the child at all times). It is usually the result of anxiety in the parent – being nervous about unknowns and lack of control when it comes to their children, assuming negative outcomes and wanting to protect your child from them.

Examples of overprotective parenting include

Reasons for over protective parenting

There are many reasons why parents might become overprotective of their child; Parents who are overprotective are not “bad” and of course may love their kids very much. Often they are simply nervous or afraid of losing control themselves – ironically their child has a higher likelihood of then growing up to be less capable and independent, or even uncontrollable (rebellious) towards their parents.

Parents can’t control their children’s actions and decisions. They also have very little control over the actions of others in society; such as criminals who may seek to harm their children. They can, however, intensely monitor and control to some extent how their kids spend their time, where they go and check their company and friends.

Kids who are developing new skills are normally slower and less capable than their parents. Hence, it’s not unusual for parents to become frustrated and just think that it will be ‘Bigger, Better, Faster’ or just plain more helpful if they take charge.

Examples include working on school projects and assignments, but also backyard home projects like building cubby houses or assembling a bike. It is important to let the child get hands on experience themselves rather than just watching you do it!

Many parents can not stand by and watch their child appear incompetent, inexperienced, or uncomfortable in any way. It can be too unbearable for them. They think that it’s their job to shield their child from these (perceived) negative emotions, and so step in to try and control their environment.

Effects of overprotecting parenting on children

Overprotective parenting can cause a range of developmental issues in children.

“Overprotective parenting will frequently encourage a child to lie. When expectations are too high or unreasonable, a child will lie to avoid getting in trouble.”

Overprotective parents have kids who are more likely to have health issues in adulthood. Research has shown that many children fail to gain independence and ‘ownership’ when it comes to their own health and fitness because their parents forever told them what to do, when to exercise, and what to eat. Overprotective parents have a tendency to worry and fret about their kids’ health and provide constant notes about what to do, which can cause anxiety in the child.

One of the most hazardous effects of overprotective parents is that their children tend to suffer from depression more frequently than other people. Restriction, surveillance and over controlling has a major role in the manifestation and entrenchment of children’s anxiety and is connected to a higher level of anxiety and depression in teenage and adult life.

Children can become emotionally weak – suffer from poor Emotional Intelligence or Emotional Quotient, due to over-protection by parents. This can result in poor social skills and can lead to aggression towards their peers. Thus overprotective parents unwittingly make their child aggressive, and then criticize them for this behavior.

The kids of protective parents don’t usually get given as much free time as other kids. Their conditions are usually extremely structured, and their time is closely monitored.

Without opportunities to practice leading themselves, they cannot develop the self directive skills which will be essential to reaching their goals later in life. This makes them less likely to possess the mental control, self discipline and motivation to succeed. These kids can grow up to hesitate, over indulge and lack the energy and motivation needed to succeed independently.

Ironically, overprotective parents can actually increase the risk of their child failing academically. When a parent’s involvement in their child’s education is very rigid and has an extreme influence on their academic achievement (more so even than the child’s schooling) the child can misidentify and think the education is for the parents approval, rather than for their own benefit and development.

When children are assigned homework, sometimes over-protective parents will place a disproportionately high emphasis on it and force it to be done on threat of discipline. They can feel a desire to mark it to make sure that their child’s work is correct, or even resort to ‘taking charge’ and inadvertently doing the homework for them rather than with them.

Hence, while parents have great potential to enhance their child’s academic success, they have the same potential to cause their educational failure.

Tips for training yourself to be less overprotective

There are some tips about, how you can train yourself to be less overprotective. Being a Dad or Mom, you should adopt these tips given below:

Overprotective parenting can lead to dependency on parents, a higher chance of psychological disorders, and a lack of strong coping mechanisms. Ultimately, Kids must be given opportunities to learn from their experiences, including hurtful ones.

Overprotective parenting manifests typically from a fear or anxiety within the parent themselves (potentially from a traumatic experience), rather than an external source. That being said, over protective parents must introspect and work hard on themselves and their own experiences to ensure they are not disadvantaging their children through over controlling.

There can be no more difficult direction for a loving parent to follow than this: children need not be overprotected. Over protection protects parents and damages children.

Kenny has 45 posts and counting. See all posts by Kenny 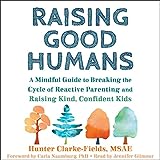 Parenting: 14 Gospel Principles That Can Radically Change Your Family
$ 13.19
Buy on Amazon
SaleBestseller No. 3 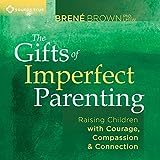 The Gifts of Imperfect Parenting: Raising Children with Courage, Compassion, and Connection
$ 14.33
Buy on Amazon
Bestseller No. 5 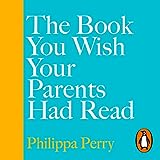 The Book You Wish Your Parents Had Read (and Your Children Will Be Glad That You Did)
$ 36.45
Buy on Amazon 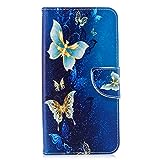 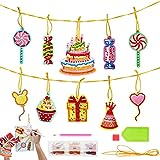 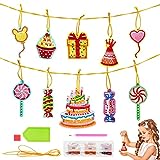 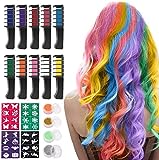