Permissive parenting is a style of parenting that features a relaxed disciplinary attitude and focuses more on nurturing and treating the child lovingly and responding to their emotional needs (which is good), rather than setting rules or enforcing boundaries (which can be bad).

“Permissive parents generally do not monitor or regulate their children. As a result, studies have found that children of permissive parents tend to struggle with self-control which can potentially lead to a variety of bad outcomes.“

The Four types of parenting styles

To recap, the four types of parenting styles are;

“I ignore my child’s bad behaviour”

Permissive parenting can be characterised by some of the following traits:

As you can imagine, these characteristics don’t paint a very great picture and can make overly permissive parents sound a bit like ‘push-overs’ when it comes to raising their children. This can be very frustrating and annoying for other parents who tend to sit with one of the other three parenting styles, as the children of permissive parents can be highly disruptive.

Permissive parents typically don’t present themselves as strong role models and avoid using overt authority [Baumrind, 1966]. Instead, they may act as a peer or equal and might try to reason, manipulate or bribe their child into acting or behaving a certain way.

There is nothing wrong with being a flexible parent and being responsive to your child’s emotional needs is super important in parent-child bonding and promoting a secure relationship. Being there for your child builds trust that you will be there for them when they need to come in on the circle of security, and thus lets them develop and explore without you more confidently.

Ultimately then, the discussion of permissive parenting comes down to a level of control or how ‘relaxed’ of a parent you are, and how this lack of structure or ‘self regulation’ may negatively affect your child.

There is some evidence to show that children that are raised using permissive parenting styles end up with high levels of self esteem, creativeness and resourcefulness [Turkel, 2008], however this is tempered with an overall lack of self-discipline, impulse control and responsibility for their own actions [Piotrowki, 2013].

In summary, some of the major effects of permissive parenting on children can include;

In defence of permissive parenting

Of course, permissive parenting is highly subjective. What one parent might consider permissive, another parent might find controlling or ‘micro-managing’. While providing useful reflections, studies on the subject are far from an exact science, and rely heavily on survey responses, broad categorisations and assumptions.

If we expect our children to develop into responsible, well adjusted adults then there should be a level of flexibility and a small level of self regulation allowed to help develop a child’s own self responsibility.

Permissive parents are also the least likely to discipline their children with physical violence or abuse. There is a direct link between violent discipline and child abuse and anti social behaviour later in life [Garcia, 2019]

The important takeaway is that being a responsive parent, attending to your child’s emotional needs and nurturing is overwhelmingly good. However, it is important to also set and consistently enforce boundaries and rules as children need structure to develop optimally. Being overly relaxed and pandering undermines your authority as a parent, and sets a poor role model or example to your child.

Kenny has 46 posts and counting. See all posts by Kenny

Parenting: 14 Gospel Principles That Can Radically Change Your Family
$ 34.43
Buy on Amazon
SaleBestseller No. 2

Raising Good Humans: A Mindful Guide to Breaking the Cycle of Reactive Parenting and Raising Kind, Confident Kids
$ 25.56
Buy on Amazon
SaleBestseller No. 3

What to Expect When Parenting Children with ADHD: A 9-step plan to master the struggles and triumphs of parenting a child with ADHD
$ 22.64
Buy on Amazon
Bestseller No. 5

The Book You Wish Your Parents Had Read (and Your Children Will Be Glad That You Did): THE #1 SUNDAY TIMES BESTSELLER
$ 14.99
Buy on Amazon 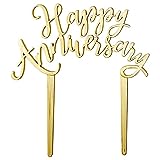 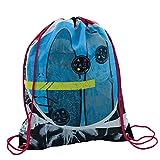 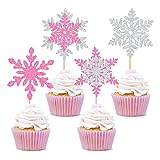 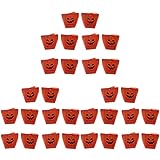 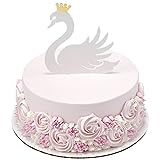